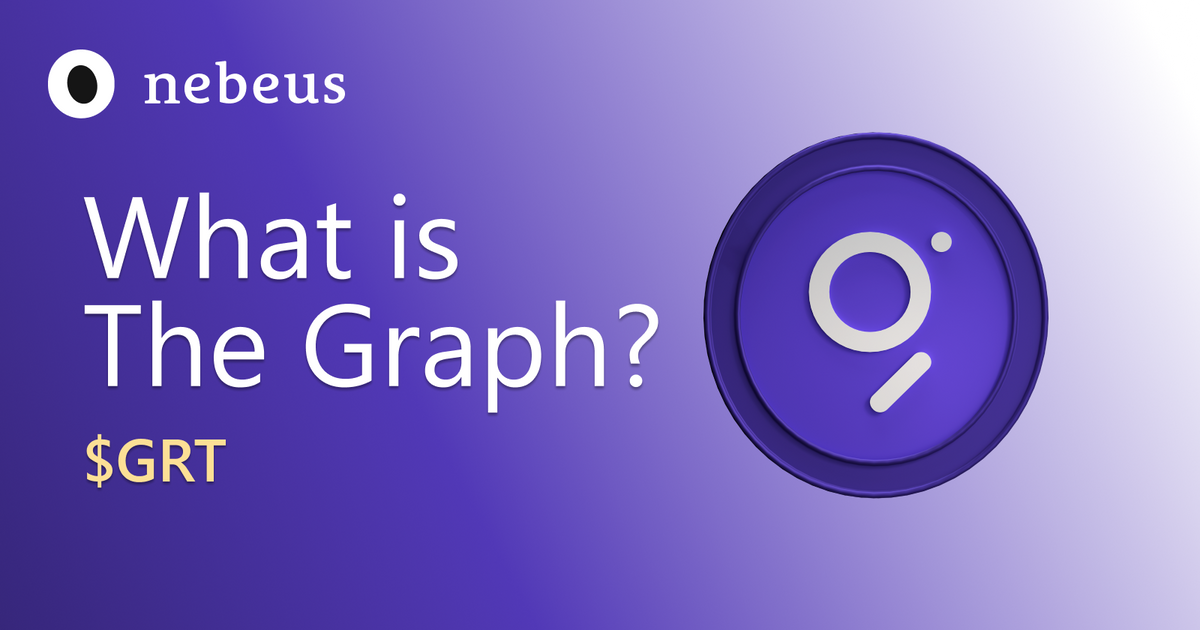 “APIs for a vibrant, decentralised future”

The Graph is a pioneering project in the field of decentralised indexing and querying, whose platform is powered by GRT.

However, GRT is far more than just another cryptocurrency - it is one whose project’s use-cases and overall aims drive the platform forward and truly define its success and continued existence. Since the network's launch in 2020, more than one billion queries have been made. Belief in the platform is strong amongst its community members, who have been its strongest champions, resulting in a steady rise in usage.

Indexing is done in a similar way to how Google does for the internet. Open APIs, referred to as subgraphs, house this data, making it available to anyone.

In addition to the two major blockchain networks that The Graph currently indexes – Ethereum and Filecoin – dApps on Ethereum that make use of The Graph include:

to name but a few.

To put it simply: The Graph is open-source software that can be used to collect data from various blockchain applications. It subsequently stores it for easy retrieval for use in dApps.

What is the purpose of The Graph?

The Graph utilises its software by presenting itself as a decentralised application platform built on the Ethereum blockchain. The purpose of The Graph and its platform is to enable developers to use relevant data to improve their dApp's efficiency.

Back before 2020, to build a Dapp that relies on different blockchain data in an efficient manner, you had to be a technical expert who dedicated a lot of time and energy to gathering this data. Data gathering from a variety of sources, along with the transformation of the data that followed, originally required developers to devise their own unique methods to do so.

Thanks to recognising this technical barrier and seeing that it could be vastly simplified, The Graph created a powerful set of tools to assist in driving innovation in data indexing and querying to streamline this once incredibly time-consuming and complicated process. In addition, the team always had security at the top of their mind, so they ensured they maintained robust security protocols as a key priority throughout the software’s development process.

How Does The Graph $GRT Work?

Wondering what exactly “indexing” by The Graph consists of? It’s best to imagine the process as being akin to the catalogues found in libraries, which provide information on all the books on hand. Rather than a library of books, The Graph index provides access to all of the application data that it is aware of.

So, when an application requests data from The Graph, it is immediately returned by the software’s protocol, which analyses and stores the data in various indices known as “Subgraphs”.

The process uses GraphQL, an open-source query language that was originally developed by Facebook to gather data for its news feed.

Applications looking for data to help them run their software can then easily access this data by using queries.

Decentraland, for example, makes use of The Graph's data to locate land, accessories, and collectibles across various apps and makes them available in their marketplace so that users can buy them all in one place.

What are Curators, Indexers, and Delegators on The Graph?

The Graph Nodes, which are constantly scanning network blocks and smart contracts for information, are The Graph's first step in aggregating data. When it monitors Ethereum, it takes particular data as defined by a Subgraph. Developers are the ones who create subgraphs or begin using old ones in their dApps.

Subgraphs outline what exact information the protocol will find and index from a particular blockchain. It also defines how to store it. The Graph Node then proceeds to add data from new blocks to its appropriate subgraphs when an application, using smart contracts, updates the blockchain with new data.

After developers, there are three types of users who contribute to the protocol once the Graph Node has retrieved information from a source:

These are The Graph users who, in order to provide indexing and querying services for the signalled subgraphs, act as node operators. They are required to stake GRT to perform this function.

Indexers and delegators are Graph users who provide network services and help process data before it is passed on to end users and applications.

Just like a curator in a museum or an editor at a newspaper, it is the job of the Curators to determine which subgraphs are of the highest quality and should be included in The Graph’s index. Keep in mind that Curators only apply GRT to subgraphs in which they have good reason to trust and believe in.

These users help Indexers run the network by delegating GRT to them to help the Indexer operate a node. This saves Delegators from having to set up a node themselves.

Overall, no matter what role they play, every user receives a share of the network fees for their time and effort as the GRT network pays active Indexers, Curators, and Delegators based on the amount of work they do and their GRT stake.

Who is the Founder of $GRT?

“An open network producing the fastest, cheapest, most reliable way to access data for the crypto economy.”

When Yaniv Tal, Jannis Pohlmann, and Brandon Ramirez founded The Graph in 2018, they had already collaborated on other startups that were focused on developer tools, so they were well positioned to make The Graph a success.

have bought about 21% of the 10 billion GRT that were first made available. During this time, this equated to The Graph selling a total of $19.5 million worth of tokens, with $10 million deriving from its public sale in October 2020.

What is the $GRT Cryptocurrency?

GRT is the sole cryptocurrency employed in key network functions. Query fees, for example, must be paid in GRT by customers who submit queries to indexers.

Furthermore, as the native cryptocurrency of The Graph, GRT is used to guarantee the security of the data stored within its network. In order to perform their roles, all users, regardless of whether they are indexers, curators, or delegators, must invest in GRT, and receive a share of the fees paid on the network:

In order for the GRT cryptocurrency to be valuable, it must be able to guarantee the success of smart contracts that use The Graph's protocol.

All token owners and stakeholders can vote on proposals for the governance rules that determine the platform's function and future. Delegators pass along their vote to the indexers they trust, who subsequently vote on their behalf.

Many cryptocurrency exchanges have GRT on their list of supported cryptocurrencies. At Nebeus, you can exchange, hold, and even stake GRT.

What makes $GRT different? Benefits of The Graph

There are, without a doubt, a great number of qualities that make The Graph much more than just another cryptocurrency.

It has a practical use and solves an important technical issue

The Graph’s developers recognised a major technical issue and stumbling block for many dApp creators and crafted a solution that removes all of the technical obstacles that must first be conquered in order to query data successfully.

It has staying power, so it could be great for long-term investors

Finding a cryptocurrency project to truly trust is a difficult process for many investors. By having such a clearly defined use case that has the potential for exponential growth, The Graph offers investors the opportunity to feel safer and securer in any assets they contribute.

In other words, for those who believe that decentralised applications will require a constant supply of blockchain data – which is incredibly likely – GRT could be a good investment.

The network is simple to use, highly secure, and incredibly affordable

If you are a blockchain developer who wants to use The Graph to access and verify blockchain data, you can place your trust in The Graph as it is safe for developers to work thanks to the use of smart contracts across the Ethereum blockchain.

Developers can also feel reassured thanks to the many partnerships the project has already established. For example, many of the most important blockchain and cryptocurrency projects have their own subnets on The Graph. Some of these are:

The network provides an API that is simple to use and affordable, which allows dApp developers to concentrate on what they do best: developing!

Also, nearly $12 million has already been allocated to the ecosystem's growth and development through the project’s grants programme, so you know the team is in it for the long run. They’ve recently wrapped up Wave 5 of their grants.

It could be the vital link between all dApps

Aside from solving specific issues faced by dApp users, The Graph has the potential to become a vital link between all the blockchain-based applications. Currently, the network can index data from the Ethereum, IPFS, and PoA networks, among others.

The future looks bright for the network, especially if it can adapt to provide widespread cross-chain support, as the implications this could have for the metaverse would be massive.

How many The Graph ($GRT) coins are there?

Currently, approximately 74.0% of the total supply is already in circulation.

What is The Graph Price Prediction?

According to CoinQuora’s price prediction, if the current bearish trend of the market reverses, GRT has the potential to hit $3 by the tail-end of 2022. It’s an optimistic prediction, but The Graph has significant partnerships and new developments in the works. So, if any cryptocurrency project is to grow, it’s highly likely to be this one.

Users wishing to stay connected on the current development of The Graph can bookmark their official blog for up-to-date details.

Do you want to join The Graph right away? A thriving delegator, indexer, and curator community await you on all of these channels:

You can sign up for a Nebeus account to buy and hold, exchange and stake your GRT investment. 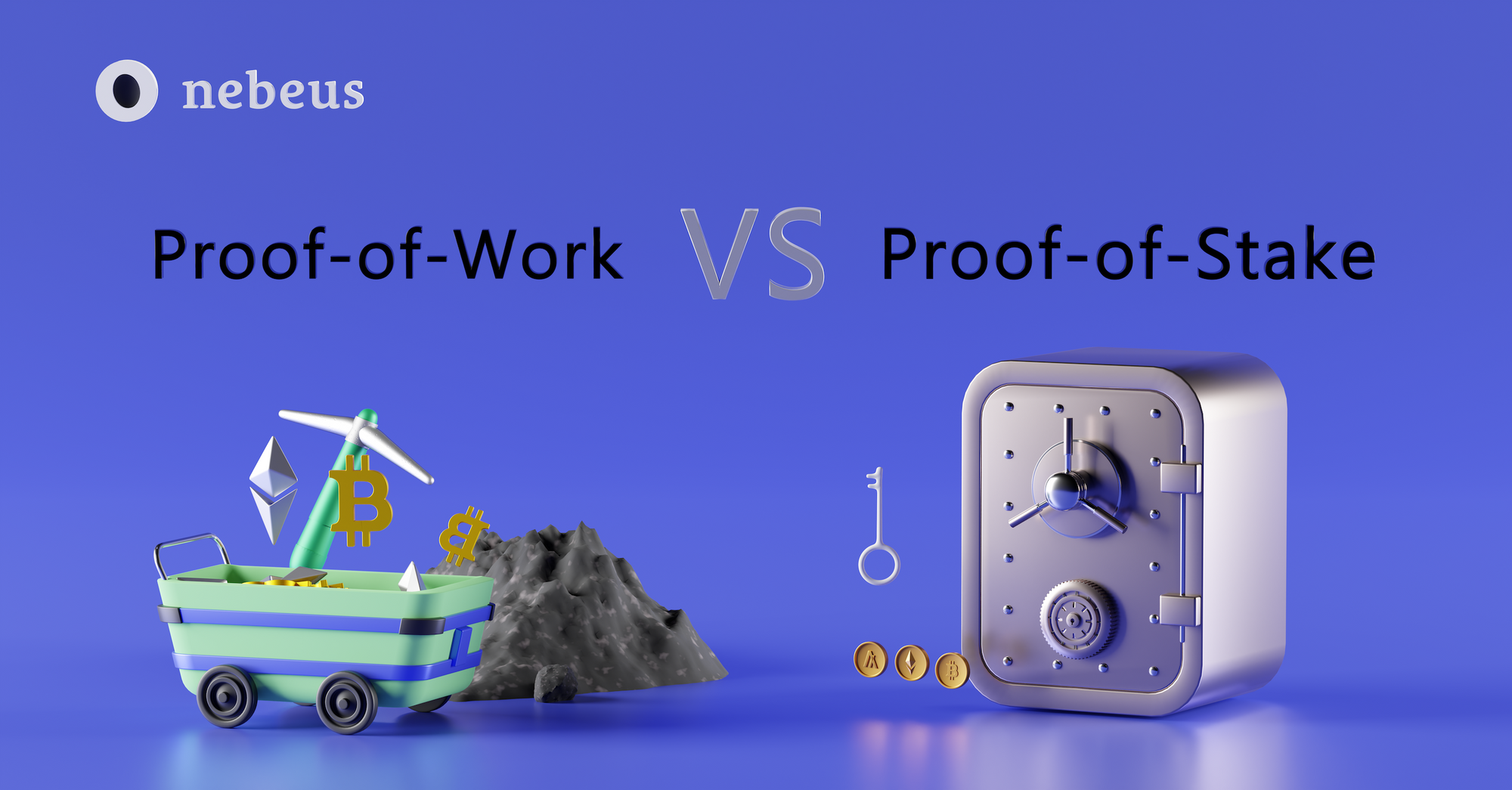 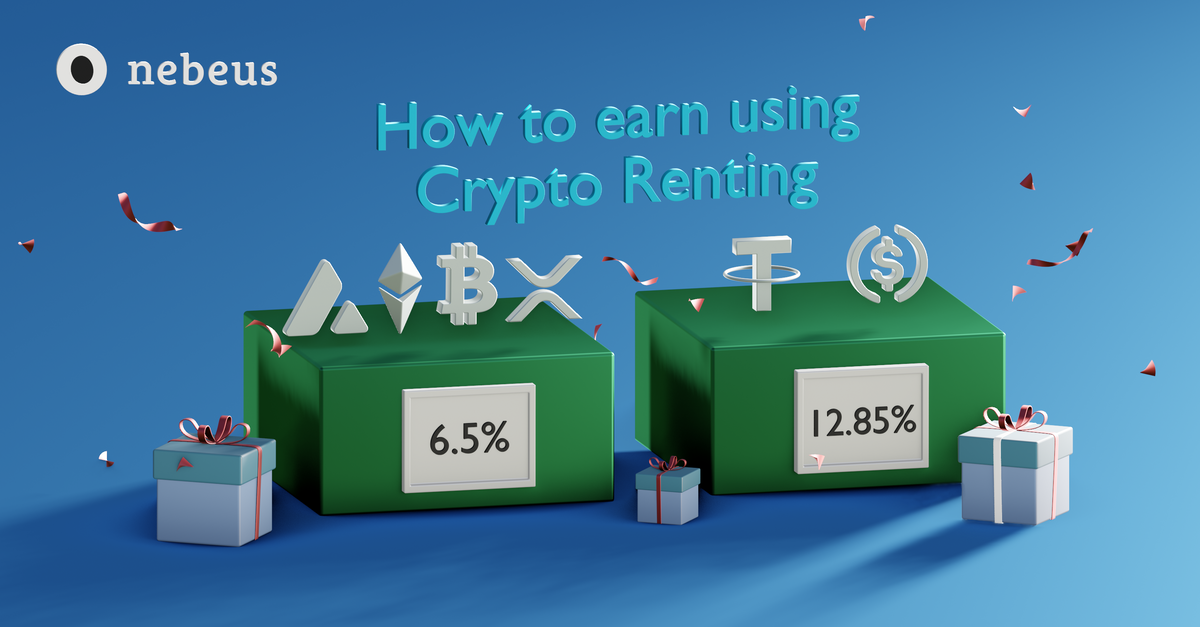 What is Crypto Renting? How to earn rewards on your crypto 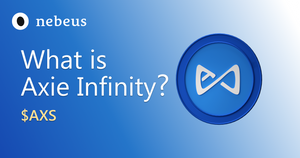 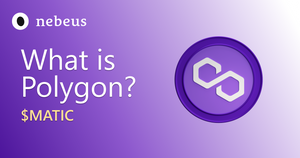 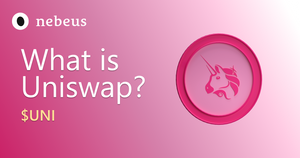 What is Uniswap? $UNI 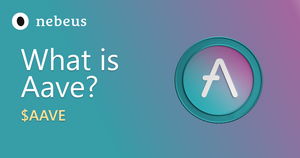 What is Aave? $AAVE